Other Projects and Research

Two upland areas were selected for planting a mixture of native trees and commercial plantation; the two sites totalled 730ha and were located within approximately 2.5km of one another. 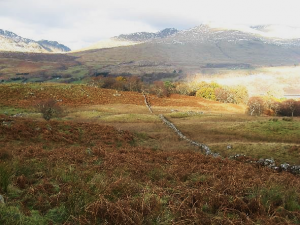 While the water courses were suboptimal for use by water vole due to their rocky nature which created unsuitable burrowing substrate, otter signs were abundant.  A total of 13 resting places were found; a rocky section along the edge of a Loch measuring 2.5km in length contained 10 otter resting sites among the boulders. 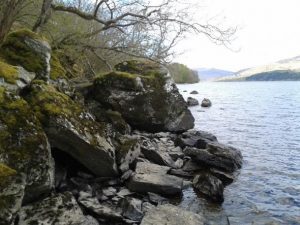 An adapted Brown and Shepherd methodology was used to survey for breeding birds within the open upland habitat and black grouse (Tetrao tetrix) surveys were carried out. 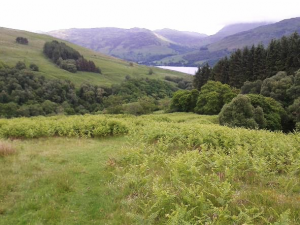 During the breeding bird walkover surveys, an oil beetle (Meloe sp.) was encountered in two locations.  These insects are in decline throughout Britain due to changes in countryside management practices. 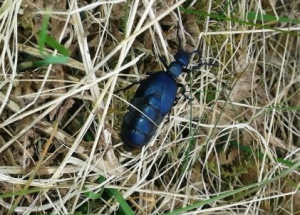 Although the botanical list was restricted as the PEA was completed outwith the flowering season, it still allowed for the early identification of potential GWDTEs (e.g. wet acid grassland, marshy grassland and flushes) and peatlands (blanket bog), both of which are important considerations when preparing planting plans.  It also enabled an impact assessment to be completed for designated sites and the formulation of appropriate avoidance measures.

The suite of surveys allowed Echoes to identify the potential impacts of the proposed planting on different aspects of the ecology within the site and the otter survey highlighted the need for a SNH Habitats Regulations licence. The data from the surveys was used to produce comprehensive reports and mitigation strategies which will minimise the predicted impacts and enhance the biodiversity within the site.

Contact us by email or phone to discuss your requirements

End of another busy season…for some of us!

We have reached the end of another busy bat season!  While most of us are recharging and transforming back to…

Laura Carter-Davis
12 Golden Rules of Ecology – #4 Always Keep Your Mind on the Task in Hand!

12 Golden Rules of Ecology – #4 Always keep your mind on the task in hand. Illustrated by the amazing…

Laura Carter-Davis
We use cookies to ensure that we give you the best experience on our website. If you continue to use this site we will assume that you are happy with it.Ok